For many years, musicians and musicologists have shown great interest in Jacob van Eyck’s collection of music “Der Fluyten Lust-hof”, which dates from the 1640’s. Its virtuoso pieces have become obligatory repertoire for many professional recorder players. However, one does not often hear this music played on recorders which correspond to instruments of van Eyck’s time, since most musicians play either Renaissance recorders of the Ganassi type (ca. 1530) or Baroque recorders (ca. 1680-1750). Neither of these types were used in van Eyck’s time; and they are not particularly well-suited to his light and graceful music.

One explanation of this rather inauthentic choice of instrument is that there are but few original instruments preserved from the period, and they have first been examined and copied in recent years. The first article to deal thoroughly with the van Eyck recorder is Fred Morgan’s and Eva Legêne’s: A Recorder for the Music of J. J. van Eyck in The American Recorder, May 1984. This article presents the Rosenborg recorder as an instrument which is particularly suited to van Eyck’s music with regard to date, tuning, fingering, range and musical qualities. The Rosenborg recorder is not, however, the only possible model for a van Eyck instrument; in recent years, several interesting and suitable instruments have turned up, which I have had the opportunity to examine and measure.

We cannot trace an unequivocal development from the ensemble recorder of the Renaissance to the solo instrument of the Baroque. Makers in different parts of Europe have – presumably independently of each other – endeavoured to accommodate the Renaissance recorder to the demands made by the new music. These efforts ended abruptly at the close of the 17th century, when the Baroque recorder suddenly appeared and in a very short time superseded the older types. Instrument makers of the 17th century did not manage to establish a real tradition; and that can perhaps justify classifying their instruments as “transitional instruments”. Nonetheless, they were valuable and important, well adapted to music of their time.

The desire to extend the range of the recorder upwards must have been strong; all recorders preserved from the early Baroque have a narrower bore than those of the Renaissance, – just what makes such extension upwards possible. At the same time, the lowest notes become less full-toned, and the recorder gets a clear and pure, but not particularly strong sound. The slightly conical bore of the Renaissance recorder is retained, and often its simple outward form as well. The windway is curved as on the Renaissance recorder, but now the sides of the window slant somewhat outwards on most of the instruments. The recorders have very thin walls, and are most often made of ivory.

General survey of my models

In order to afford present-day recorder players the greatest possible inspiration in their interpretation of van Eyck’s and other 17th-century music, I have endeavoured to build my early Baroque recorders as nearly as possible like the original instruments; and each of the models is based on close study of the corresponding original instrument. In some cases it has been necessary to make slight adjustments of the size and placement of finger holes in order to achieve tuning in accordance with present standards; but beyond this no changes have been made in relation to the original models. Thus I also chose to retain the pitch of the original instrument.

In order to make all comparisons as simple as possible, c” is reckoned as the lowest note of all models. The range is c” – d””.

The tone f” is cross-fingered in the first octave 01234 6, while f”’ in the second octave is taken 01234 7 or 01234 6. The recorder’s highest notes bb”’, b”’, c”” and d”” are fingered as on Baroque instruments (c”” is however better in tune with the first hole slightly open, as above). When ordering, the customer may choose whether d”’ in the second octave (the ninth tone) is to be fingered as on Renaissance recorders (all holes open) or as on Baroque recorders (second hole covered); the original instruments differ on this point. The tone d”’ can also be taken with the auxiliary fingering 0123456, which in contrast with Baroque recorders is nearly in tune; this proves a great advantage in fast passages and trills. 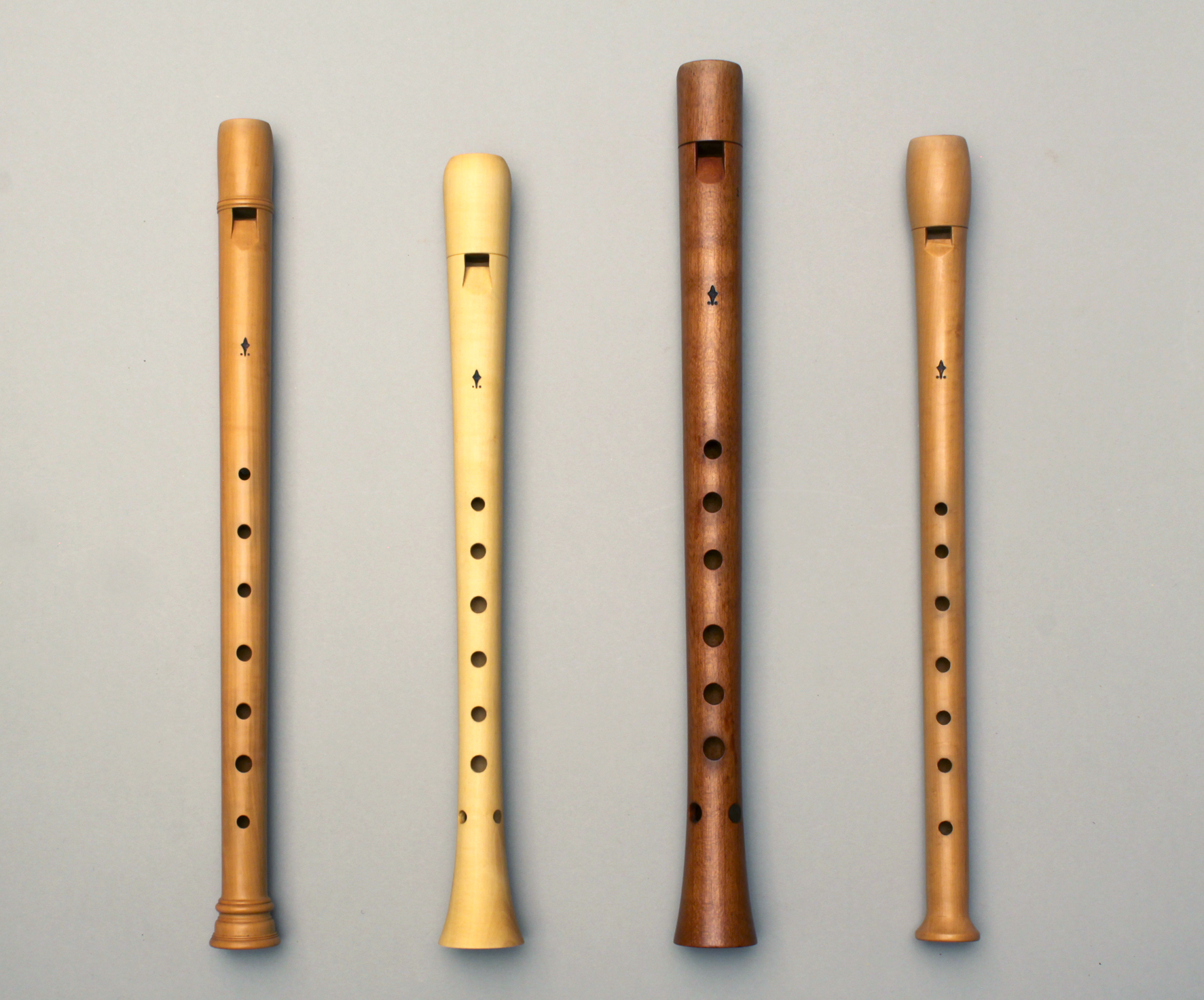 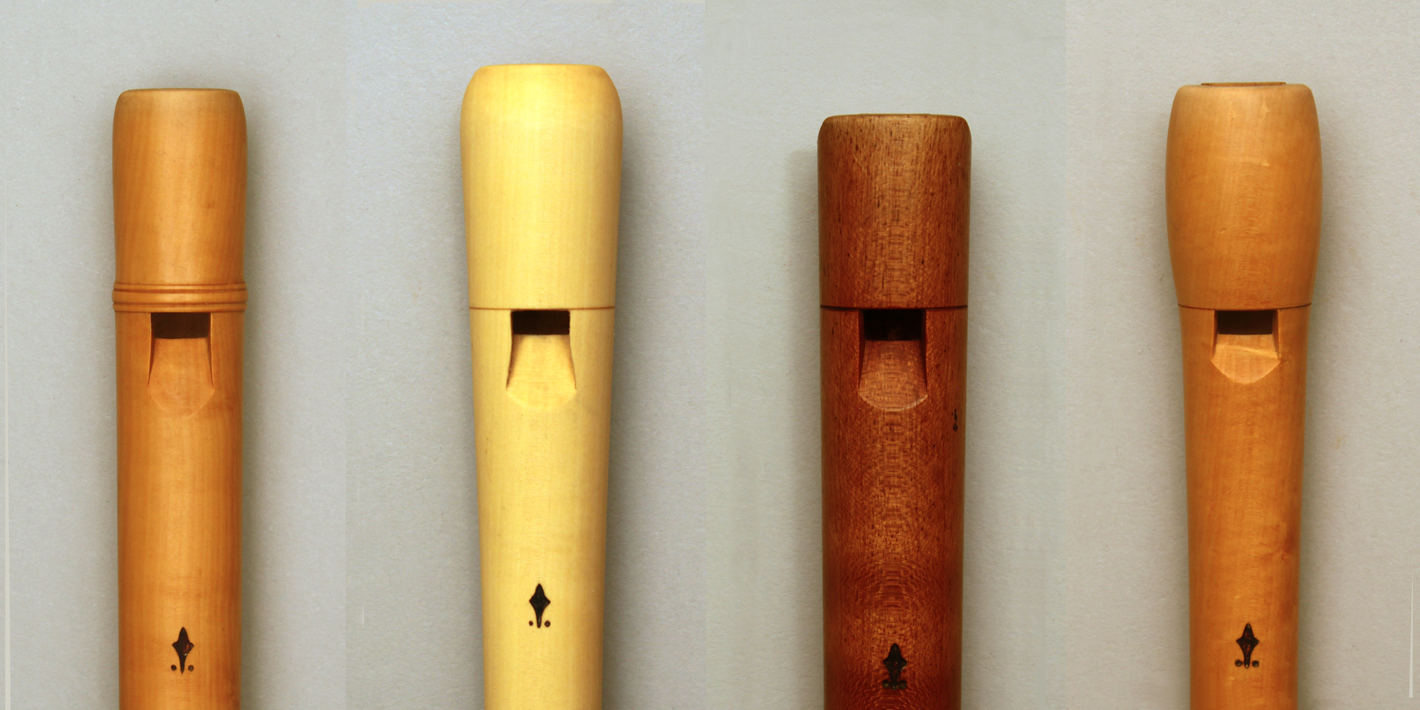