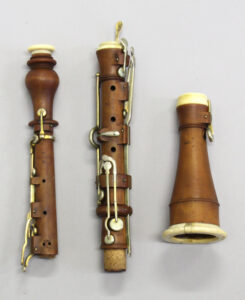 The tenon, connecting the top to the middle part, was broken off and the remains of it were stuck in the socket of the middle part. The owner wanted the tenon replaced in order that the instrument could be assembled safely. 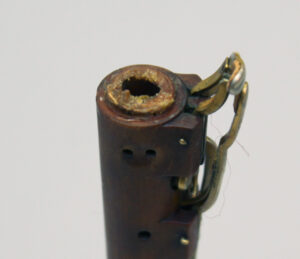 The top part, seen from below. 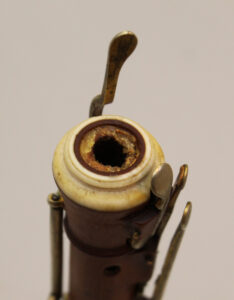 The broken tenon is stuck in the socket of the middle part. 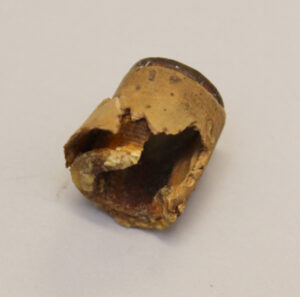 The broken tenon freed from the middle part. The cork is not original. 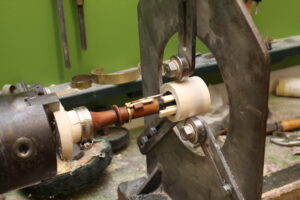 The upper part of the oboe was gently fixed in the lathe in order to avoid tool marks. 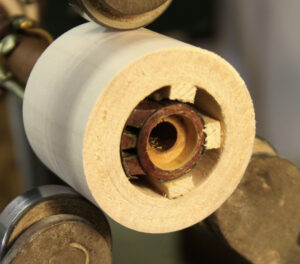 As little as possible original wood was turned away to create a foothold for the new tenon. 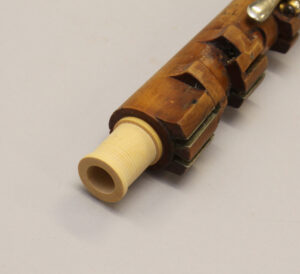 A new tenon of boxwood was turned and glued into the top part of the oboe. 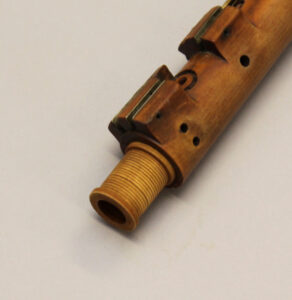 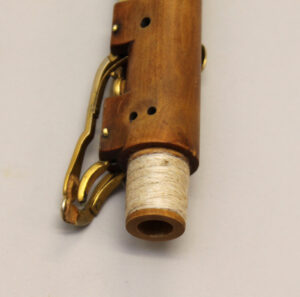 The new tenon was retouched and lapped with linen yarn and the keys remounted.

The oboe in complete condition.